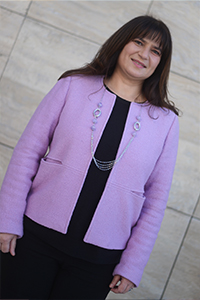 Dr Tatjana Chircop has been involved in both formal and non-formal education since 1988. At a young age, she became a professional musician with the Manoel Theatre Orchestra and the National Orchestra and taught violin and piano at the Johann Strauss School of Music. After having achieved the FTCL in violin performing and the LTCL in piano performing she also furthered her studies at the Conservatoire National de Region, Lyon. Later, she focused on a career in education and fulfilled roles of learning support assistant at St Albert the Great College and a community development worker with Agenzija Appogg, particularly within Valletta Local Council. In 2007 she joined MCAST as a lecturer and later moved into management within the same college, having been appointed Director of the Institute of Community Services, Head of the Foundation College and recently Deputy Principal for Arts and Social Sciences. Dr Chircop is in possession of a BA Hons in English (University of London), a BA Hons in Youth and Community Studies (University of Malta), an MA in Youth and Community Studies (Brunel University), a Master in Intercultural Eco-Management (Universita’ Ca Foscari), a Post-Graduate Certificate in Vocational and Educational and Training (MCAST) and a PhD (Brunel University). Dr Chircop carried out research in areas including childlessness, vocational education and performing arts. Her doctoral research combines the gendered nature of identity formation of young women and the music they listen to. The research focuses on how young Maltese women make meaning out of the music they listen to in their everyday lives and how they incorporate this meaning into everyday discourses and identities. Through the research, she explores the consumption of global and local cultural forms of music as leisure and the incorporation or resistance of these cultural forms in identity formation processes. She also analyses ways in which social and cultural capitals are processed in the social and cultural power struggle to form cultural hierarchies.

Dr Lorna Bonnici West graduated in Pharmacy from the University of Malta in 2000. She read for a Master of Science degree in Clinical Pharmacy at the Robert Gordon University, Scotland, graduating in 2006, and was awarded a scholarship by the Malta Government Scholarship Scheme to read for a PhD at the Robert Gordon University, Scotland, graduating in 2015. In 2016, she was awarded a post-doctoral grant under the Reach-High Scholars Programme Scheme, part-financed by the European Union, Operational ProgrammeII – Cohesion Policy 2014 – 2020 ‘Investing in human capital to create more opportunities and promote the well-being of society’ – European Social Fund. Her post-doctoral research programme was conducted with the Medicines Use Research Group at the Department of Clinical Pharmacology and Therapeutics, University of Malta.

Dr Bonnici West holds a post of Visiting Senior Lecturer with the Department of Clinical Pharmacology and Therapeutics, University of Malta. She also served on a number of committees and was the founder of the Malta Association of Hospital Pharmacists (MAHP) in 2013, and has collaborated with individuals and groups from various countries and published in diverse international peer-reviewed scientific journals. Lorna also presented at several national and international conferences.

Lorna also held various professional roles. She worked as a clinical pharmacist at Mater Dei Hospital within the respiratory field until June 2013, after which she was appointed Principal Pharmacist at Sir Paul Boffa Hospital, where she led the oncology and dermatology pharmacy services. In 2015, following the migration from Sir Paul Boffa Hospital to Sir Anthony Mamo Oncology Centre, she held the role of Principal Pharmacist and was in charge of the aseptic reconstitution unit. In February 2019, she was the Principal Pharmacist responsible to establish the oncology ward pharmacy services at Mater Dei Hospital, Sir Anthony Mamo Oncology Centre. Since January 2020 she joined the Malta College of Arts, Science and Technology as a Senior Research Officer supporting the Institute of Applied Sciences 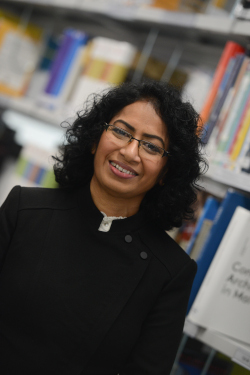 Ms. Liza Franco is the Director of the Library and Learning Resource Centre. She is responsible for the effective management of MCAST library and its campus libraries in coordination with the rest of MCAST institutes.

Ms. Franco has vast experience of nearly two decades as a professional librarian in various well-known institutions in Malta, Dubai, and India. Prior to joining MCAST, she held the position of Library Manager of Middlesex University Malta. She came to Malta from Middlesex University Dubai with a challenging responsibility of starting Middlesex University Library at Malta when Middlesex opened its Malta campus in 2014.

Liza joined Middlesex University Dubai in 2004. Leaving traces of various successful contributions, she strongly believes her success was in teamwork, consultation, and participation.

Ms. Franco has graduated with a Bachelor of Science in Mathematics and pursued Librarian studies after that. She did her Postgraduate Diploma in Library Science before her second degree of Bachelor of Library and Information Science. Post Graduate Certificate in Higher Education with Middlesex University has helped her to take the librarianship profession to different levels.

A passionate professional who believes that Librarians indeed deeply influence the lives of youngsters by helping them achieve their dreams. According to her, Librarianship is a noble service to humanity than just being labeled as custodian of books.