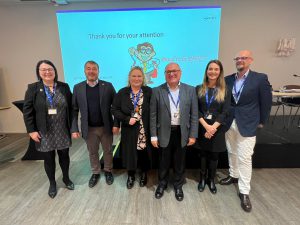 EfVET is the largest European organisation of vocational education training providers. It has members in over 35 countries in Europe, Africa and South East Asia. Delegates gathered in Finland for the 31st Annual Conference on the theme The Future Skills Revolution for VET and CVET in Europe. The programme which is spread over four days comprises panel discussions, workshops, roundtables and a marketplace for the exchange of ideas and partners for European projects. The Marketplace is a special arrangement for members to create strategic partnerships in the education and training sector by bringing together different European organizations and colleges and discussing project ideas for funding. 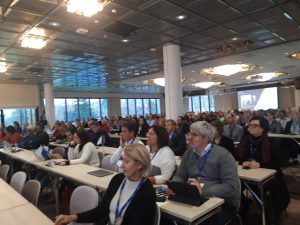 EfVET is partner or leaders in over 34 European projects. The organisation last year adopted a new Constitution as well as a new Strategic Plan covering the years 2022-2026. Its key objective is to act as catalyst for a Confederation of European Training Providers and promote VET with a stronger and more unified voice.

Its members are actively participating in all projects of which MCAST is also partner. These projects feed into innovation and VET reform bringing the worlds of education and employment closer together. As a matter of fact, employers were key speakers during this annual conference highlighting the need for industry to be pro-active and partner of vocational schools and colleges and to have a more direct input in the design and implementation of VET programmes at all levels. 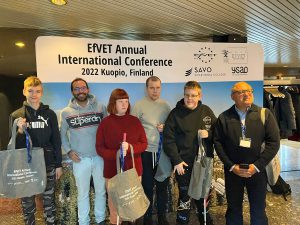 Some of the topics covered during this year’s conference include greening and sustainability through VET, tourism and inclusive excellence, the future of education and implications for students, digital development and global businesses in our immediate environment. Among the speakers were Dawn Ward President of the World Federation of VET Colleges and CEO of Burton and South Derbyshire College Uk, Michael Seifert CEO of Seifert Systems based in Malta and in other countries, Mika Kuismanen vice-President and Chief Economist of Suomen Yrittajat and Siamak Naghian, Managing Director of GENELEC.

Professor Calleja said, “It is indeed an privilege as MCAST Principal to be leading such an important voice for European VET spearheading VET reform and recommending policies that attract more learners and workers to lifelong learning. VET institutions across the globe are gaining increased political and financial support that allows them to offer first class education and training. A clear example has been the Finnish modern infrastructure that delegates were shown which is enhancing learning and employment opportunities. The direct investment of industry in education and learning institutions is also instrumental in retaining and pushing VET students to higher education qualifications.”