MCAST and the Correctional Services Agency have signed a memorandum of understanding, whereby the college will start offering a selection of courses to inmates at the Corradino Correctional Facility. 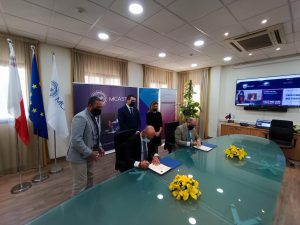 This agreement will allow inmates to follow MQF accredited courses, which will help them find employment in the industry. Among others, courses on how to handle personal financials, trade courses and manufacturing skills courses will be developed and offered.

Minister for Education Justyne Caruana expressed the importance of this agreement, since this initiative will help inmates find work after completing their sentence. “This is an opportunity for Corradino inmates to train themselves and obtain relevant certificates which will help them find employment in the world of work”, argued Minister Caruana. 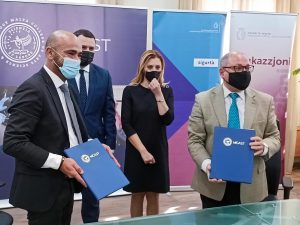 On his part, Minister for National Security and Internal Affairs argued that, “this agreement will aid the rehabilitative process of Corradino inmates, while providing them with the necessary tools to move forward in the outside world and integrate back into society accordingly.”

Mr. Robert Brincau, Executive Head of the Agency for Correctional Facilities stressed, that many inmates find it difficult to obtain employment after finishing their prison sentence, and this causes further problems. He said that this agreement will certainly help inmates better, while reducing the rate of second time offenders.