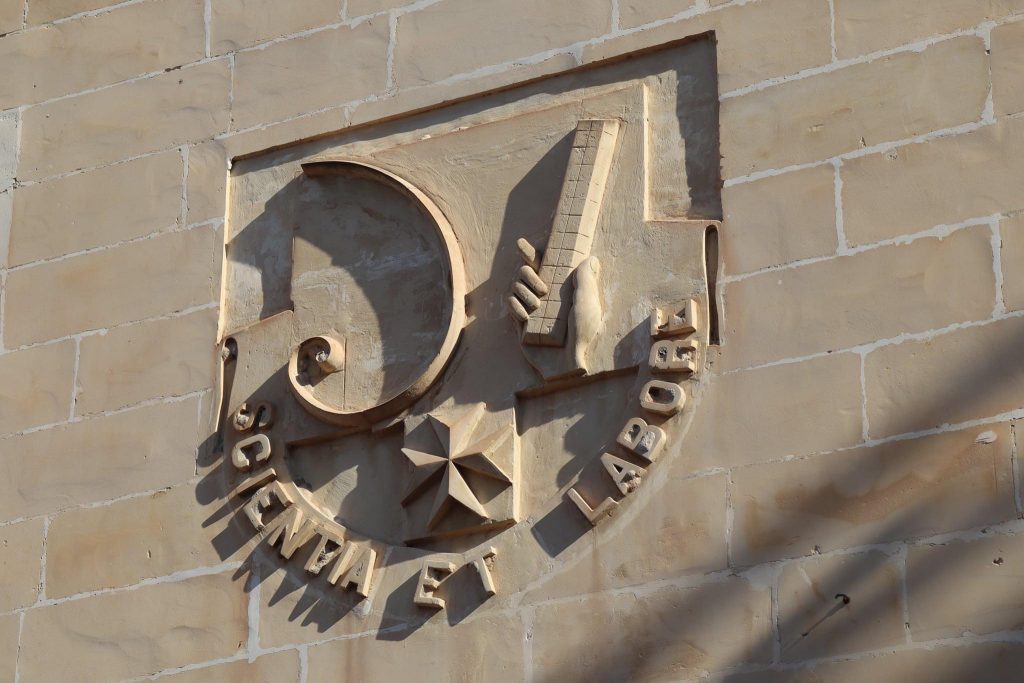 The recent launch of the new MCAST branding held on its Main Campus, Paola, on Tuesday, 20 April 2021, mirrors the ongoing development of vocational education and training since the stay of the Knights of St John in Malta until the present century.

The new emblem encapsulates the eclectic nature of MCAST and the oldest form of education: ‘learning by doing.’ The three major, distinctive features of the new logo highlight very significant messages in a rapidly changing world. The Latin motto scientia et labore epitomises the chronological development of technical, vocational and professional education and training in Malta. The former Technical Institute carried the same motto. Additionally, the name given to the College in the late 1960s, MCAST, has been added to it, while the circled letters symbolise the entire activity of a distinctive education and training institution. The spherical shape of the logo signifies lifelong learning, while the prominent design at the centre expresses a hand and a quill that act, which combine wisdom, creativity and achievement. The minor symbols in the new emblem refer to the overarching goals driving MCAST’s strategy and activity: to serve innovatively the nation and its community with a creative approach and within an international perspective.

A stone shield engraved in the front MCAST building, which belonged to the former Technical Institute and now serves as the College’s Administration Building inspired the new MCAST logo.