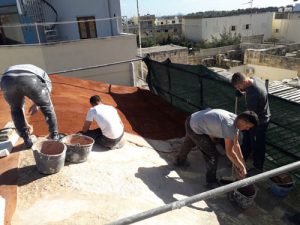 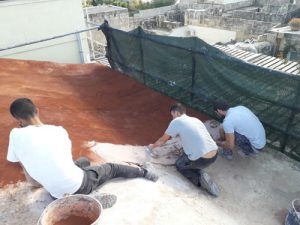 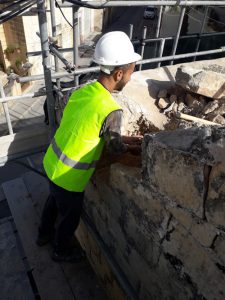 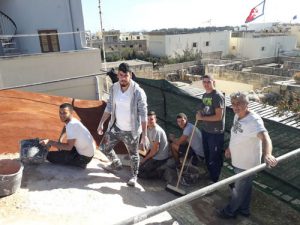 As part of their vocational training, students following the Advanced Heritage Skills course have been undertaking various hands-on work related to their studies.

One such group is currently doing restoration work on the St. Catherine’s Chapel at Gudja under the supervision of their lecturer Mr. V. Camilleri. Amongst the work already carried out, the students have replaced one of the rain water gutters (mizieb) on the left hand side of the façade as well as replacing the old roof covering which had been damaged due to years of neglect and replacing same with suitable clay mixture (deffun) to keep as much as possible to the original type of covering as used in olden times.

Another group of students are undertaking restoration works on an old niche at B’Kara under the supervision of their lecturer Mr. A. Caruana. The niche had deteriorated due to years of neglect and also due to inclement weathering which resulted in rotting of the wood. Moreover, the niche had been painted over a number of times which resulted in the original carvings looing their details. The niche had to be fully to disassemble it and re-assemble it again removing the rotten bits which will be replaced by new parts.